The Back Row: An Introduction 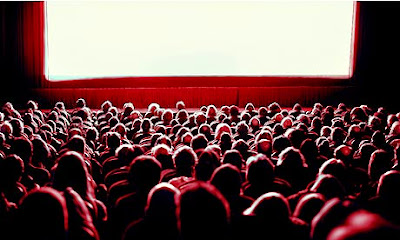 Film is a disease. When it infects your bloodstream, it takes over as the number one hormone; it bosses the enzymes; directs the pineal gland; plays Iago to your psyche. As with heroin, the antidote to film is more film.

This was said by Frank Capra, one of the most influential film directors in  in the 1930s, and therefore one of the most influential film directors who lived. His influence can be traced in the works of many of the most famous directors who came after him, like Robert Altman, John Lasseter, Martin Scorsese, Steven Spielberg and François Truffaut. And what these filmmakers have in common is not only stylistic and thematic elements, powerful and independent voices in their art, and magnificent flair for storytelling. Most primally, they share a love for and obsession with cinema. I wouldn’t profess an attachment to the same degree as that of some of these great artists, nor that my cinephilia is any indication that I could make a film, but I do think my love for cinema is of a similar kind to theirs, and that many of you share that love as well.
Read more »
No comments:


From The Weinstein Company comes a new British biopic, set in World War II – really a new instalment in a franchise that includes The Reader, The King's Speech and The Iron Lady. The film tells the story of Alan Turing (Benedict Cumberbatch), the great British mathematician, cryptanalyst and computer science pioneer, breaking the Enigma code, and how his country thanked him for this immense service. (I shan’t give the details of the plot here, but a short biography of Turing can be read on his Wikipedia page by those who know there is no real jolt of surprise in a Weinstein biopic.)

Viewers who have seen the earlier films I mentioned know what to expect – a staid and ingratiating account of an extraordinary individual going through trying times, but managing to grandstand their persecution and emotions before a satisfying end is reached. Sets, costumes and diction are meticulously crafted to fit the period, and Alexandre Desplat provides a suitably moody score to evoke the gloom of war-weary . Only conventional camera and editing techniques are used: we wouldn’t want those getting in the way of the quiet heroism of whichever protagonist it is being honoured this time. Unadorned admiration is our watchword.


This is 40 is the “sort-of sequel” to writer-director Judd Apatow’s 2007 feature, Knocked Up. That very funny film stars Katherine Heigl and Seth Rogen as a young, just-promoted television personality and a slacker, respectively, dealing with a pregnancy as a result of a drunken one-night stand. It uses much profanity and dirty-talk to mask great tenderness and unease, and pokes fun at certain aspects of contemporary society, like the bromance, and the fear that young, immature men have of self-possessed women. But Apatow reaches far deeper into a person's life, and into life itself, and this is what often goes unnoticed by most viewers and critics as well.

Paul Rudd and Leslie Mann (Apatow’s wife) reprise their roles of "the other couple" from Knocked Up, Pete and Debbie. A few other characters also reappear, like Jason (Jason Segel), who still openly hits on Debbie, Jodi (Charlyne Yi), one of the girlfriends in Knocked Up and now an employee at Debbie’s boutique, Dr Pellegrino (Tim Bagley), Debbie’s gynaecologist, and Pete and Debbie’s daughters, Sadie and Charlotte (played by Apatow and Mann’s real-life daughters, Maude and Iris Apatow). The film also features performances by other brilliant comics, including Melissa McCarthy, Chris O'Dowd (both of Bridesmaids fame), Lena Dunham (from Girls), John Lithgow (Lord Farquaad in Shrek) and Albert Brooks (Marlin in Finding Nemo) as Pete’s dad. In a category on her own, for reasons known to everyone who’s seen her – which, incidentally, are the same reasons she’s been used in the film – is Megan Fox as Desi, Debbie’s other boutique employee, who works on the side as an escort.