The Lack of Christianity in “God’s Not Dead” 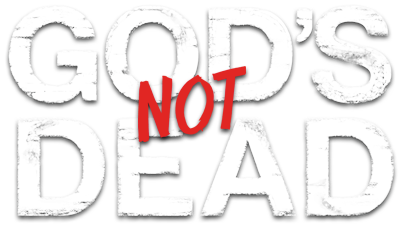 A problem faced by Christian artists – not only filmmakers, but also poets, painters, and rappers – arises from the idea that a believer’s faith encompasses their entire identity, and so their work: where faith is fixed, is there room for invention? Does a Christian filmmaker have a peculiar and personal worldview to imbue his films with, distinct from that of other Christians? Can he create, embellish, or discover a self by way of cinema, where Christianity has not already provided for this? The very best devotional art would argue in the affirmative, and the music of Bach, the poems of John Donne, and films such as Terrence Malick’s To the Wonder prove some of the most daring and original, while also profound and heartfelt works existing. To contradict Dr Samuel Johnson, great minds and great wit do not sink under the heft of the good and evil of eternity, not merely content with calm belief and humble adoration.

Unfortunately, Harold Cronk, the director of the overtly Christian film God’s Not Dead, seems no great wit at all. I’m not aware if Cronk is Christian himself, but the film’s subject and story allow for no other stance. The main plot, a sort of update of the David and Goliath tale, is simple enough, both immediately obvious in purpose and ludicrous in conception. A first year university student, Josh Wheaton (Shane Harper), aspiring lawyer and devout evangelical, enrols in a philosophy course taught by the zealously atheistic Professor Radisson (Kevin Sorbo). Intent on not disappointing astute forecasters in the audience (and those of us who saw the trailer), the two partisans collide, in the first class no less. Radisson – obnoxious, high-handed, and fanatically protective of his reputation – requires each student in the class to hand in a signed statement of just three words: “God is dead.” He insists that anyone who disagrees will have no luck in arguing to the contrary, and a failing grade surely awaits anyone who tries. This consensus affirmation, he claims, is in the interest of efficiency, so that a section of the syllabus, with a conclusion agreed upon by millennia of respected philosophers, may be gotten through with minimum fuss. Josh refuses to hand it in, citing his faith, and Radisson commands that Josh must then contend his case over three lectures, with the class deciding the winner.

What I See in “House of Cards”

The problem with television, expressed briefly in an op-ed piece by film critic Armond White for the New York Times, is that, being made for screens meant to fit into the average living room or bedroom, the creators of a show are not as driven to artfully reflect their ideas and their vision in the images of the show as filmmakers are with a movie. The view is that there is literally too little space to fill the screen with the representation of a director's consciousness, and rather than focusing too intently on composition of shots, on peculiar performances, on mise en scène, the show runner concentrates effort on a continuous and compelling story, because that is what can be sustained, and where a viewer's interest can hope to be held, for a three-episode, or twelve-week, or seven-year run. Story is the triumph of television, and a show's chief creative force is not the director, but the writer. White refers to what many commentators are calling the current state of affairs being broadcast on our home appliances: “the golden age of television”.

Nothing beats the big screen. Simply put: Film is a visual art form and television is merely a visual medium. It’s generally accepted that television is a producer’s, or show runner’s, format, where content is developed to support advertising, but all this talk about “television’s golden age” overlooks the fact that television has never proven to be a medium for artists – or auteurs – who express themselves personally and, primarily, visually.

Although White is not the most revered critic alive, he is a strongly idiosyncratic one, and a highly intellectual one, and he speaks with great honesty and, though many would pettily dispute it, reverence for cinema. From these comments on television (mine, and White's which I've shown here), you've no doubt sussed out where the title of this post is going - the merit I find in House of Cards which is absent in many other series (including a number which I do enjoy, and wolf up expeditiously, such as Game of Thrones, House, CSI, Parks and Recreation, Friends, and my favourite of all, 30 Rock) is the attention given to the images that appear on the screen. Not to put too fine a point on it, what I see in House of Cards is what I see on House of Cards.

In “San Andreas,” we are introduced to a Caltech seismologist named Lawrence Hayes (played by Paul Giamatti), who informs a documentary director (Archie Panjabi) – for the audience’s benefit – of a new method he and a colleague have developed, which predicts earthquakes along known fault lines. And, he grimly pronounces into her camera, a cataclysm is on its way to that will crack the earth open, and be felt thousands of miles away.

Enter Dwayne Johnson, who plays Ray, an Air Rescue pilot, whom we meet at the opening, in a thrilling sequence where he tips his helicopter side to side, to fly into a crevasse where he must save the distressing damsel whose car has tumbled down. It’s a manoeuvre of great daring and jaw-dropping skill, as well as a stratospheric decibel-count, which nicely sets the tone and volume level for the next 100 minutes. Who would think, after witnessing Ray’s heroic deeds, that he is the one in need of rescue? In the wake of the loss of their one daughter, he and his wife, Emma (Carla Gugino), have become estranged, and he rarely sees the surviving daughter, Blake (Alexandra Daddario). Divorce papers are delivered to him, and he discovers that Emma is moving in with an architect, Daniel (Ioan Gruffud).
Read more »
No comments:
Labels: 2010s, 2015, Brad Peyton

Mirth at a Funeral

Bernie is a cavalcade of small town charms. The director, Richard Linklater, along with his screenwriter, Skip Hollandsworth, not only colour in what was already a fine and detailed and, importantly, fascinating illustration with the amount of attention they give peripheral characters in this bizarrely true story, but they lay a glossy finish over it, and display it with the height of dignity and delight. Linklater is not the Coen brothers, who, in films like , paint ironic and deriding pictures of the middle-American people among whom they grew up, satirising their civility and sending up their idiosyncrasies. Linklater clearly has tender feelings for the people and places he films – important dramatic characters, and townspeople alike.

Bernie is based on a true story. I’ll try not to spoil much of it. In it, we are told of an assistant funeral director in the town of in (“the Number One small town in ,” we are authoritatively informed) named Bernie Tiede (Jack Black). Linklater spends a significant portion of the film’s running time sketching in this oddly charming man for us, essentially as a brilliant performer. He arrives from out of town, and soon becomes a pillar of the community, knowing exactly how to behave for the bereaved, knowing how to sell an act (and make a sale) to the residents he comes into contact with, and a dedicated and meticulous artist, painstakingly preparing corpses for burial with cosmetics, and pursuing the greatest luxuries he can get his hands on.