Opening Up in “Let the Sunshine In” 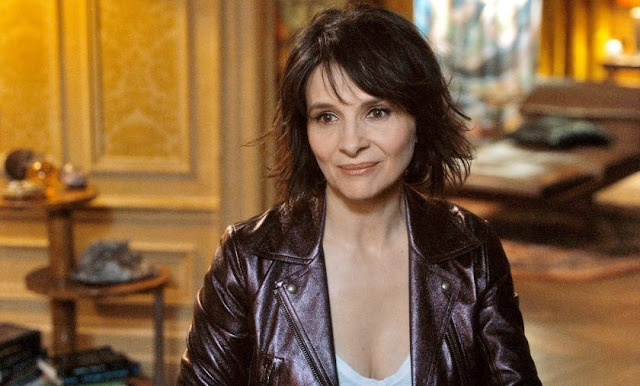 The 2018 European Film Festival at Cinema Nouveau is about to end, but those who can run may still catch the last screening of one of the great pleasures on offer, Claire Denis’s Let the Sunshine In, from France, which is showing tonight at 20:00 at Rosebank Nouveau. It stars Juliette Binoche as a bourgeois painter in Paris named Isabelle, a moderately successful artist who has entered and now traverses along the French modern art scene, but seems to exist outside of its cliques, ideologies, and prejudices, and perhaps not entirely by choice. The story moves along the plane of her romantic life, and intersections with her personal and professional lives (though it would seem that, in Paris, very little effort is made by artists to ever separate them). The movie opens with Isabelle naked in bed while her married lover, a banker named Vincent (Xavier Beauvois), pneumatically heaves on top of her. The scene’s severe physicality is both heightened and punctured by the short snaps of dialogue: “Not cumming?” “You finish, I feel good.” (I quote subtitles from memory.)

And so it is with the rest of the movie. As Isabelle shifts from one lover to another, as her emotional state improves and declines, the talk throughout the movie seems to both expand and undercut the developing moods and emotions. It doesn’t bounce between melodrama and comedy, but ascends to a plane that covers both, that allows for the depiction of a life streaked with tears as well as bouncing on laughter. Isabelle herself wobbles between anguish, tenderness, doubtfulness, apprehension, and a warm glow of bliss (one that’s depicted quite literally in the final scene and especially the final shot, and that points back to the movie’s title). And she varies just as much with one lover as between any two or more of them. Following her abrupt break-up with the disdainful Vincent, she hooks up with an actor in emotional and professional turmoil (Nicolas Duvauchelle), a man of the working class, whose profession is not revealed, but with whom she undergoes acute social tension (Paul Blain), an artistic associate who is reluctant to start up an affair (Alex Descas), and with her ex-husband and the father of her ten-year-old daughter, whom she keeps inviting back into her bed (Laurent Grévill).
Read more »
No comments:
Labels: 2010s, 2017, Claire Denis, Film Festival, French, Women filmmakers
Newer Posts Older Posts Home
Subscribe to: Posts (Atom)