The new Afrikaans film Johnny Is Nie Dood Nie (“Johnny Isn’t Dead”), the debut directorial feature by theatre director Christiaan Olwagen about the life and death of queer Afrikaans rock singer and popular cult figure Johannes Kerkorrel, was released on the 5th of May. In the two-and-a-half weeks since then it’s been hailed as a landmark feature in South African cinema, and has garnered much media attention for both its subject – it follows a small group of rebellious Afrikaner youths in the late 80s and their brief reunion on a single evening in 2002, and the discussion roves among such topics as the National Party, PW Botha, apartheid, communism, sexual experimentation, the Border War, the characters’ place in the new South Africa, and the rejection of the social and political strictures of Afrikaans conservatism – and the acclaim it’s garnered. I’ve collected here excerpts from the South African reviews of the film that I could find.

Click here to read The Back Row’s review of the film.

Reviewing the film for the Beeld, Laetitia Pople – who awarded it five stars – writes that “you’re drawn in” from the first shots, and that “at times it feels as though you yourself are in a drug-induced hallucination.”

Olwagen’s use of long shots places you in the middle of the five friends’ experiences, then and now. Everything feels real and in the moment. You experience everything immediately, without a filter, and the tragedy of it wrings your heart. The archival material and a sober voiceover narration ensures a context that is true to life. The music of the Voëlvry-beweging (“Outlaw movement”) on the soundtrack heightens not only the immediacy, but also the nostalgia of the events. Was Voëlvry the stone that brought down Goliath? …

Johnny’s (Roelof Storm) character is an ethereal, lovable being who gets along with everyone, the resin that keeps the circle together, with whom everyone instantly falls in love. His presence is girded in a halcyon faintness, as though he were standing in for the real Kerkorrel. … Johnny Is Nie Dood Nie can steer you to nostalgia if you experienced that period and want to muse on it again. And in that it’s a celebration of friendship, the only counterweight to a life in a country that has been turned on its head.

Critic’s-Eye View: “Beyond the River”

In continuing my catching up of movie commentary for the last month, I’m compiling more South African reviewers’ views on a new South African release, this one Beyond the River and still showing in theatres. In it, a young unemployed man from Soweto finds a great avocation in canoeing when he teams up with an avid amateur canoeist from the northern suburbs. Together, they train to take on the famous Dusi Canoe Marathon in KwaZulu Natal, while each dealing with his personal demons. It’s true story and adapted from the book Confluence, the memoir of the canoeist Piers Cruickshanks.

In a review for the Tonight supplement to the Independent News & Media Group’s newspapers, Jamal-Dean Grootboom calls Beyond the River “a beautifully shot, heartfelt, true-life South African story that should be supported by everyone.”

The fact that director Craig Freimond, who also co-wrote the screenplay, was brave enough to not shy away from the vast racial inequalities in SA as an underlying issue is commendable. The way the film addresses these issues also never feels preachy and is done in a smart way. The two leads of the film, Lemogang Tsipa and Grant Swanby, have spectacular chemistry and Tsipa’s charisma shines throughout the film. … The cinematography of this film is also spectacular, from the close-ups of the canoeing to the sweeping, wide shots of the rivers and landscapes. This film is absolutely beautiful. It’s been a while since I’ve walked out of a film and had vivid images running around in my mind afterwards.

The screenplay is also something that all South African screenwriters should view as a template of how to deal with exposition properly. There’s never a scene where the characters explain things through tedious monologues. All the characters’ background information is given through smart dialogue and expertly placed visual cues. It really is refreshing to have screenwriters to do not treat their audience like idiots … and who give just enough information to put two and two together. The score is the film’s only weak point. The sound mixing is off on more than one occasion and the music is louder than the dialogue. The choice of music is also very questionable in parts.

I’m currently convulsed in a long stretch of catching up on this blog; commitments arose to which I had to give priority over viewing and writing about movies for a short while, as much as I hated to, but, fortunately, I’m now freely available to post here again. Die Rebellie van Lafras Verwey was a new South African release which, I think, is by now already gone from theatres. I saw it when it was playing, and, hopefully, will get a chance to say something more about it here later, without seeming too self-indulgent; for now, I’m sharing what others had to say in reaction to it. Just because there are many South African films that I would like to read about but missed the chance to in local papers after they finished their theatrical run, and because most of them don’t get the Rotten Tomatoes or Metacritic treatment of a long-standing compilation of reviews, I think it’d still be helpful to interested readers if I collected here what I could find on each South African work I see.

In his weekly Silwerskerm (“Silver screen”) column in the Rapport, Leon van Nierop reviewed the movie on its weekend of release (in the issue from the 9th of April). After giving a brief run-down of the history of the film’s source material and a plot description, he praises the lead performance by Tobie Cronjé, who, in his view,

delivers a monumental portrayal of the cast-off person with idle aspirations. He is sometimes funny, but also tragic and nonplussed. 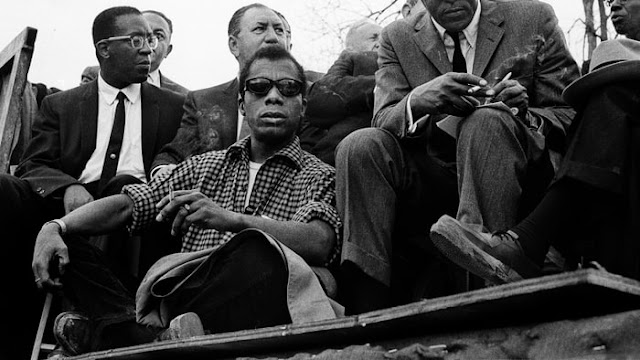 The Encounters Documentary Festival has been an annual film event in South Africa since 1999, taking place in both Cape Town and Johannesburg. This year, the 19th Encounters South African International Documentary Festival will run from 1 June to 11 June, with screenings at the V&A Nouveau, the Labia, and the Bertha Movie House in Cape Town, and at the Rosebank Nouveau and the Bioscope in Johannesburg. Darryl Els, the festival director, reports that over 70 local and international features and shorts will be screened, no fewer than 32 of which are South African and 19 are world premieres.

The festival receives support from a whole host of sponsors, including the National Film and Video Foundation (an agency of the South African Department of Arts and Culture), the Bertha Foundation, Al Jazeera, various commercial funders, as well as other branches of government cultural agencies. The Wikipedia article on the festival also reports that many overseas festivals and distributors programme from the Encounters Documentary Festival when looking for African content in documentary categories. The festival includes a number of workshops where attendees may engage with these sponsors and other strategic partners, with opportunities to meet funders, see presentations on publicity campaigns for documentary producers, see presentations on producing a debut feature, participate in discussions on the state of documentary filmmaking in South Africa, hear panels on breaking into the South African film industry, hear individual filmmakers talk about their own experiences and issues important to them, and listen to discussions on the forms and possibilities of documentary filmmaking. There are also sessions hosted by Al Jazeera that filmmakers, industry members, and observers may take part in that involve pitching and commenting on new ideas for documentaries, and a lab for filmmakers to get a chance to work on their films in post-production with an editing mentor. The information and schedules for all these events are in the programme.

In the Shadow of Camelot

It may seem pointless to publish an entire post on a film that was released over two months ago and is now out of theatres, but Pablo Larraín’s Jackie was remarkable enough a film of 2017 for me to note it on this blog even after its run is finished. There were other films I watched and missed the chance to write about in the last few weeks, such as Fences and Hidden Figures (each of which has significant merit and appeal), but I found Jackie a particularly interesting and idiosyncratic work.

Since most readers who are interested in the film will already have seen it, and even those who haven’t are familiar to some degree with the real-life events it portrays, no plot summary or context is required of me here. Suffice it to remind you that it follows Jacqueline Kennedy (Natalie Portman) in the days from her husband’s murder to his funeral (plus a few flashbacks to before the murder, and a single day following the funeral), shown in hindsight, framed in a later interview of Jackie (as I’ll call the movie character to distinguish her from the real-life Jacqueline Kennedy) by an unnamed journalist (Billy Crudup). The story of the few days of arranging the funeral and Jackie’s life immediately afterwards is based in large part on the Life magazine interview by Theodore H. White, which is presumably what the fictionalised interview is meant to depict, or represent, as well as the deeper-probing interview with Arthur M. Schlesinger, which was only made public many years later. The flashbacks are taken from what we can guess about life in the Kennedy White House from the few public descriptions given of it by Mrs Kennedy, most famously in her 1962 televised tour of the White House. 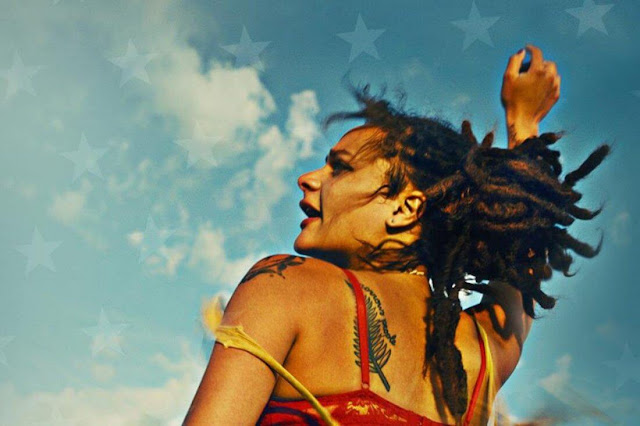 “It was the fate of Europe to be always a battleground. Differences in race, in religion, in political genius and social ideals, seemed always … to be invitations to contest by battle.” Those were Calvin Coolidge’s words, uttered in an address in 1924. It’d be trivial to point out how correct he was then in his view of history, as well as how aptly his description of Europe has played out since. We shall overlook for now the present state of Coolidge’s own fair continent, which itself appears convulsed in fiery conflicts on very much the same grounds as he set out, and which provides our cinemas with an enormous bulk of their general fare; this month, from the 5th to the 14th, the focus at the movies in four major centres in South Africa (Brooklyn in Pretoria, Rosebank in Johannesburg, the V&A Waterfront in Cape Town, and Gateway in Durban) is on the specifically European tensions of our times – social, political, ethnic, religious, and, of most interest to this blog, aesthetic.

The European Film Festival has become an annual feature at the Ster Kinekor Cinemas Nouveau, coordinated by the Goethe-Institut South Africa, and organised in partnership with various European cultural and diplomatic organisations. It began in 2014 and this is its fourth iteration. There isn’t much of an opportunity to see European features in theatrical release in South Africa, so this one should be grabbed by all curious and enthusiastic local moviegoers. I attended last year, only to see a single film, but shall definitely be making concerted efforts to see far more this year. The festival director (and, I presume, sole curator) is Katarina Hedrén, who has brought over a selection of recent European works, evidently in an effort to span as wide a range of topics, moods, and nationalities as she could. I haven’t seen any of the films playing at the festival, nor even heard of some of them before checking the lineup, but it looks to me like a good sampling for us to gauge the current condition of mainstream European cinema.