My Wishlist for JPO Programmes

After being thrilled to see the lineup for this past JPO Spring Season, I have a wishlist of pieces I would still like to see appearing on future JPO programmes. As an ardent supporter of classical music (a term that needs to be retired but can’t be supplanted), I faithfully attend all its concerts with any programmes it puts up. But, ultimately, what I want from an evening with a symphony orchestra is the kind of inimitable experience that draws people to live performances of any kind: sensitive, vibrant, revelatory renditions of classics, as well as exposure to the less familiar.

The JPO’s primary function is to provide good performances of works in the orchestral repertory. But there’s an important secondary, curatorial function to any symphonic orchestra; the works that are chosen to be played are the works that are implicitly designated as important to the culture, the ones that are chosen to last. The canon is built by the decisions of what to perform, as well as by what to leave out.

For too many people, the “classical” in classical music means definitive, or etched in stone. A great orchestral performance can prove that classical also means radical: the works that have survived the ages can still yield new experiences, new visions, new worlds of feeling, and the works of today that look forward and open up music’s paths into the future yield nothing but the new. 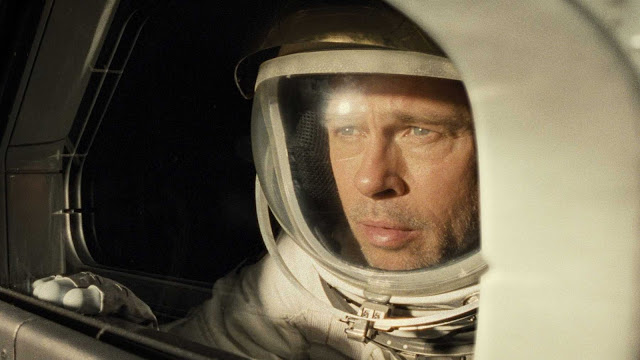 I don’t know a contemporary filmmaker who communicates such fervent emotions so immediately across the screen as James Gray. He has already made one of this decade’s most passionate melodramas in The Immigrant (from 2014, starring Marion Cotillard and Joaquin Phoenix), and a stirring neo-classical adventure tale about ardent dedication to a noble cause, in The Lost City of Z. To briefly describe the experience of watching his new movie, Ad Astra, which is currently in release: I was held in rapt fascination, and profoundly moved. It’s the most beautiful movie I’ve seen this year, and to think about it afterwards, with wonder and appreciation, heartens me, even when some of my friends who saw it with me didn’t seem to enjoy it much at all.

That Gray makes movies of such deep-seated emotions, that express ideas and feelings with so authentic and idiosyncratic a style, is what makes his cinema beautiful. His images, while richly textured, and shot by Hoyte van Hoytema (who previously shot Interstellar) with purpose, tenderness, and a concentrated focus, are muted; they point to deep wells of emotion, rather than stoking them. The intense experience of a character onscreen is finely sketched with exquisite attention to suggestive and surprising details. The point is to preserve and exalt the purity of the emotions felt, not to gratuitously stimulate them in the audience. Gray eludes the striking and the picturesque, for images of sheer sublimity.
Read more »
No comments:
Labels: 2010s, 2019, James Gray

“The Laundromat” is a Lesser Success by Steven Soderbergh 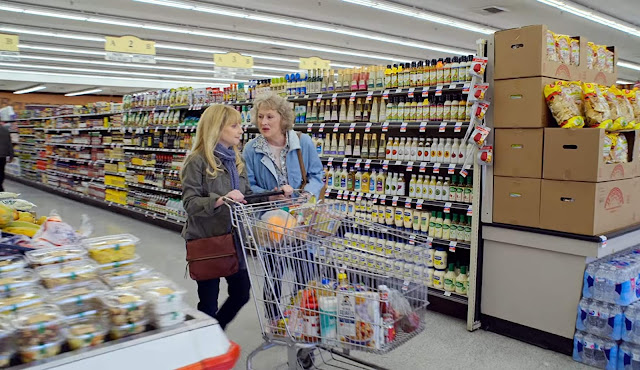 Steven Soderbergh emerged from a short-lived “retirement” with the trio Logan Lucky, Unsane, and High Flying Bird — a one-two-three of upward leaps for an already formidable filmmaker. That his next movie, The Laundromat (distributed by Netflix), is a lesser work will not seriously blight his career. Nor is it as bad as many reviewers would have you think. (High Flying Bird and Logan Lucky are also available to stream, as well as his earlier success Side Effects.)

What works is the movie’s core, the main plot and the host of surrounding subplots. What I don’t enjoy is what reviewers have zeroed in on — the unnecessary asides by Gary Oldman and Antonia Banderas, addressing the camera directly with explanations of the financial schemes they employ, à la The Wolf of Wall Street and The Big Short. The many strands of the story are like the web of real-life people implicated in the Panama Papers scandal, one of the largest data leaks in history and the true story on which the movie is based. Well, it’s the factual event on which the movie is based. I’m not sure how many of the plot elements are from actual real-life stories; obviously Oldman and Banderas’s characters, Jürgen Mossack and Ramón Fonseca, are the real-life partners of the law firm Mossack-Fonseca whose data was leaked. But I haven’t checked up on whether anything else in the movie is based on anything real, and it doesn’t matter either to the movie or to its real-life implications.