What to See This Weekend: Battle Scars 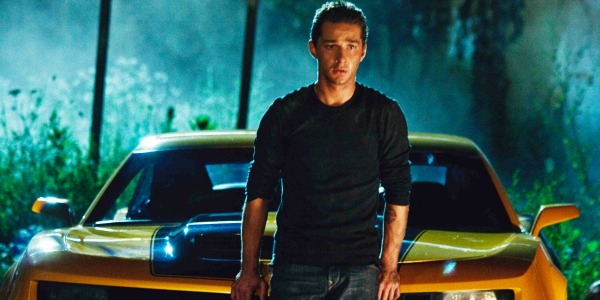 Available on M-Net Movies Action+ (DStv channel 106) on Sunday, 2 July, Thursday, 6 July, and Monday, 10 July; on ShowMax; on Google Play; on Microsoft; on Amazon Video; on iTunes; on DVD and as part of a DVD boxset.

As the fifth entry in Michael Bay’s Transformers film series holds consumers in thrall, readers of this blog are invited to revisit its earliest predecessor, simply Transformers, which recently enjoyed the 10th anniversary of its theatrical release. Many other bloggers I read delight in taking cheap swipes at the blockbuster frenzy of Bay’s vulgar excesses, but I, like many other expectant moviegoers I know, never received the memorandum to deride the traditional forms of studio formula-tested tentpoles, nor the technological innovations of computer generated imagery, nor the primal thrill of blowing shit up. If you’ve seen a Transformers film, you’ll already know whether or not you can take what it’s giving, and, if not, this blog encourages you to try it out.

Bay links an intergalactic struggle, and our complacent obliviousness to it, to a far realer conflict that rages in the Middle East while a high school teenager tries to secure the affections of a girl. He glosses his traditionalist values (of family, civil liberties, and the troops) with a dazzling attention to detail, obsession with quality, and quick-witted tone of smooth dynamism. The cast he has gathered fills out his extravaganza with shining cinematic qualities and charisma (Shia LeBeouf, Tyrese Gibson, Josh Duhamel, Megan Fox, John Turturro, Jon Voight, and Bernie Mac all carry remarkable presence) and blend their moments with the special effects with an effortless fluidity that brings the fantasy to life. Leon van Nierop, in his somewhat positive review of the new film, describes the images as “assaulting every one of your senses”; I contend that they charm and engage your senses with an alluring swagger, as does the personality of their creator, which is illuminated clearly in every moment of the film’s 143 minutes.

Bay is gleefully honest and cynical in his filmmaking. He manages what other entertainment industrialists like Pixar often don’t, which is to recognise his place in popular culture and reflect it in his sensibility (notice the reference to Bay’s own Armageddon in this film’s dialogue). There are also allusions to and inclusions of a scintillating miscellany of pop culture, through which one of the transformer characters – Bumblebee – is forced to communicate, and in the midst of which the people in the film all appear to live; clear allusions are made to the output of Steven Spielberg, who produced each of the Transformers movies – most obvious (to me) was the giant robot at the suburban swimming pool, reminiscent of the Tyrannosaurus rex at the suburban swimming pool in The Lost World: Jurassic Park. Where Bay differs from Spielberg – and where he gains my favour over Spielberg – is in the way he embodies the feelings and impulses of childhood. Bay has crafted a colossal playtime fantasy of robots and cars, delivering the primordial excitement and invention of fantasy, defying the simplistic sentimentality of Spielberg’s childhood fantasies. Dismiss it if you must, but the preeminence of Michael Bay is inescapable. 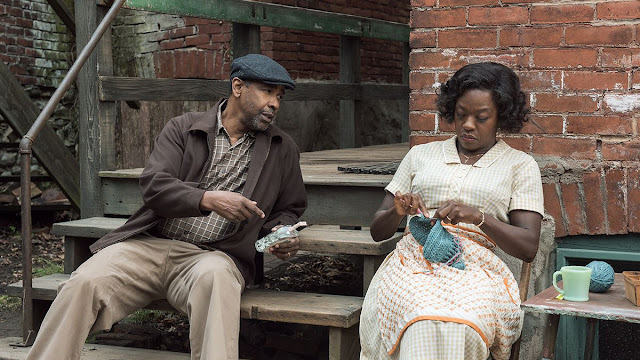 Available on BoxOffice; on Google Play; on iTunes; on DVD.

Just earlier today, I read an excerpt from Ingmar Bergman’s autobiography, The Magic Lantern, in which he wrote (I’m paraphrasing): If a film is not a document, the film must be a dream. Denzel Washington’s Fences, his third directorial feature, as distinct from the play from which it was adapted, is neither a document of how the humans in it think and live and act and breathe, nor does it draw out the charismatic strangeness and specificity of its drama and its stars and spin outwards towards a dream. But it is somewhat interesting to watch and a pleasure to think about afterwards, and I’m certainly glad to have done both. But the most wondrous aspect of the film is one that existed before and shall continue to exist beyond it – that is, the text, written by the great American playwright August Wilson. The film was obviously conceived out of admiration for and in deference to its source, and the actors both honour its legacy and fall short of matching its power.

Both Washington and his costar, Viola Davis, have an innate captivation and appeal, but it’s obscured by their strenuous efforts to do the script justice, which mostly comes about through palpable technical labour and exertions of method and craft. There are moments when this is stripped away and we get to see the glow of personality that each carries around with them, and is most brightly visible when not subjected to performative interpretations, but these moments are all too fleeting. It’s right that Davis have an Oscar by now, in recognition of her inordinate artistic talents and artistic grace, but she has the capacity for much greater, more revelatory work than this. (Washington’s career is worthy of recognition as well, but he already has two Oscars.)

I was not familiar with Wilson’s work when I saw the film, but I had heard Washington declare in an interview that Wilson is among the top five American dramatists of all time; don’t doubt him. The script is almost entirely a verbatim copy of the play, and, though the action has been reworked to move around a few more settings, the dialogue is nearly untouched. Wilson’s magnificent language is just about the closest that dramatic prose can get to poetry in its resounding evocations and overflow of flavour and colour. Pace Jacques, but not all the world can be set upon the stage, yet Wilson’s play projects a particular corner of it with clear ardour and a brilliant specificity. His exquisite text and mode of narration arise not from high-flown literary or academic study, but from a deep-seated commitment to experiential and hard-won wisdom. His play sounds as though he dug it out of the earth that African Americans have lived on and lived off of. His story is no less a wonder, with distinguishing ideas allotted to each of the leading pair.

Troy Maxson, the husband played by Washington, makes for a brazen icon of a conservative ideology: he recognises the gross and explicit racism surrounding him (the play and film are set in a Philadelphia suburb in the 1950s), and chooses to get on with his life. He believes in the values of commitment, hard work, self-sufficiency, and personal duty, and he doesn’t waver from hammering them into those around him. His wife, Rose (Davis), embodies no less traditional impulses, but expounds upon more spiritual and emotional bases. Her monologue in the final scene on how she envisaged and, later, created a life with the man she loved is heartrending in its tonality and shuddering in its broader political implications. 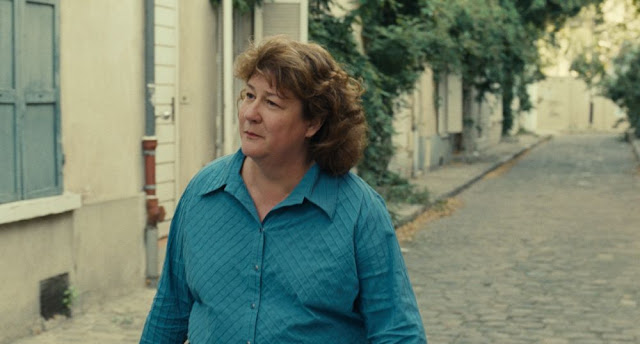 Available on YouTube; on import DVD (as part of an anthology film).

The final film in this week’s recommendations is nearly as short as the other two films’ trailers put together – in fact, for most readers, it’d be easy to go watch it right now, gratis, then come back and read the rest of this post afterwards. It’s just under seven minutes, but it packs a greater artistic potency than most films twenty times as long. It has the qualities of a great short film: conceptual invention, emotional immediacy, and an alluring specificity. Payne made the short as the final of eighteen segments for the anthology film Paris, Je T’aime, featuring miniature dramas in various parts of the French capital; others were contributed by Gus van Sant, the Coen brothers, Alfonso Cuarón, Olivier Assayas, Tom Twyker, and the South African director Oliver Schmitz, none of which I’ve seen.

14e arrondissement stars Margo Martindale as a Denver mailwoman who has dreamed of Paris her whole life, and finally saved up enough for a holiday there, during which she wonders around the eponymous section of the city. She’s taken a class in French to prepare for her trip, and the story of it is delivered in flashback to her teacher and classmates, in a delightfully amusing classroom French. It’s filled with comedic pleasures (my favourite: “Simone Bolívar,” meaning Simone de Beauvoir, accidentally naming the South American revolutionary at the grave of the French philosopher), and, rather than act as a pleasing diversion, they bring about an affecting reflection on lasting pain. It’s an ingenuity of both form and content that gives rise to profound emotional poignancy, culminating in a transcendent episode in which sadness and humour are linked to the existential experience of merely and fully living. “Oui, vivant.”

Another moving episode – the only other that I’ve seen – is the one directed by Frédéric Auburtin and Gérard Depardieu, and written by Gena Rowlands (the wife of the colossus of independent cinema, writer and director John Cassavetes), starring Rowlands (who is also the greatest living actress, though sadly not delivering much work anymore) and Ben Gazzara as a couple signing off their failed marriage. Watch it here.
Labels: 2000s, 2006, 2007, 2010s, 2016, Alexander Payne, Denzel Washington, DVD Notes, Filmmakers of colour, French, John Cassavetes, Michael Bay, Short film, Steven Spielberg, Streaming Notes